Though both Alan and Billy posted blog entries about our Whisky Squad #15 (Highlanders) session on the same day, Billy gets the “first blog post” prize* this month, because his contained tasting notes, although Alan‘s photos were lovely).

However, pressingly relevantly: a topic which we’ve been asked about nearly every month since establishing Whisky Squad is “When will we be doing a Japanese whisky tasting?”.  The answer, it turns out, is June.  And we’re doing 2 of them.  How about that?

Since 1924 Japan has commercially produced whisky, and in recent times the world whisky markets have shown increased interest in the nuanced and well-crafted spirits that come from the region.  Originally inspired by Scottish production techniques and recipes, Japan truly stands out as one of the great whisky makers, and there is a lot to learn.

The Date: Thursday June 2nd, 2011 at 7:30pm
The Venue: Upstairs at The Gunmakers pub in Clerkenwell
£15 per person, payable in advance

Leading us through a selection of whiskies from Japan – worded mysteriously because I haven’t got the feintest idea what any of them are – will be our resident Whisky Guy, Mr Darren Rook.

To book a place at Whisky Squad #16, click here for the booking form. 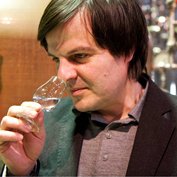 The Date: Thursday June 23rd, 2011 at 7:30pm
The Venue: Upstairs at Albannach, Trafalgar Square
£15 per person, payable in advance

We are extremely lucky, for our 2nd Japanese whisky tasting session in June, for 2 reasons:

To book a place at Whisky Squad #17, click here for the booking form.

As always, no prior experience is necessary for you to join us on our tastings, and newcomers are always welcomed!