“Whiskies for Summer” came and went, and our man Billy has already coalesced the vapours of recollection into a disturbingly accurate report of what happened that fateful night in Whisky Squad HQ.  Special thanks to our whisky expert & spiritual guide for the evening, Mr Colin Dunn – a man who knows so much about whisky he can tell you which one’s best for breakfast, and which ones make for a good aftershave!

In fact, through the magic of Darren The Whisky Guy’s multimedia production skills, here’s a video of Colin telling us about the Dalwhinnie Distiller’s Edition:

Makes me wish I had some here with me now…

Our Islay session was one of the best yet, according to popular consensus, and our wide-eyed Internet-trawling trolls noticed that Whisky Squad first-timer Billy, of Billy’s Booze Blog, wrote a quite thorough & accurate account of the evening’s proceedings.  That was quick… It’s almost like he started writing notes on the tube home…  now there’s an achievement worthy of recognition!

Andy over on Good Drinks Etc. has provided an excellent report of his recent trip to Islay, the lucky scoundrel.

Jason, in the meantime, is still stumbling over putting together a blogpost about the time he sat behind Bon Jovi.  But then that’s hardly relevant.

UPDATE: Finally, eventually, just as everyone’s moved on to the next thing, here’s Andy’s post on WS#4, at Good Drinks Etc.

For our fourth outing, we’ll be tasting our way through some wonderful whiskies from the island of Islay, Queen of the Hebrides, famed for its peaty potions and phenolic tonics, as well as some lighter expressions too. The island is home to eight active distilleries, giving us plenty to choose from, and anyone who hasn’t already signed up is advised to do so sharpish!

The date is Thursday July 1 starting at 19:30 upstairs at The Gunmakers pub. Entry is £15 per person: there are 14 spaces only, so don’t delay – click here to reserve yours now!

Our resident Yoda of booze and a man who – if he started wearing a full-faced helmet in public – could very well be the Stig of Whisky, Darren the Whisky Guy, managed to beat Andy to the punch this month and has written up some notes about our Islands tasting session.  If you want to read them, you can do so by clicking on this sentence (i.e. the one you’re reading now… isn’t technology marvellous?).

Now we know how to drink whisky (thanks, Whisky Squad #1) of contrasting styles (cheers, Whisky Squad #2), we thought it was time we sent our tastebuds and olfactory bulbs on a little scenic adventure.  Whisky Squad #3 will take you island hopping – with some fine Scotches from destinations flung as far as Orkney, Skye, Mull, Jura and Arran.

The date is Thursday June 3 starting at 19:30 upstairs at The Gunmakers pub.  Entry is £15 per person, with spaces limited to a lucky 13.

It would be ludicrous for you to miss this chance to try the interesting and sometimes lesser-known flavours of Scotland’s periphery – sign up here, immediately!

…then you could do far worse than popping along to The Hilton at Tower Bridge for The Whisky Lounge’s Whisky Festival.

Running from noon til 7pm on Saturday the 15th of May, the guys at The Whisky Lounge have assembled an impressive number of whisky producers, distributors and retailers to set up shop, and it would be a worthwhile investment of £18 to get along there!

I’m particularly interested in trying the new single malt from India – Amrut – which is actually a genuine 4 year old single malt rather than a molasses-based whisky like many other drinks they purvey.

You might even run into one or 2 other Whisky Squadders!  Squaddies.  Errm… whatever the plural is. 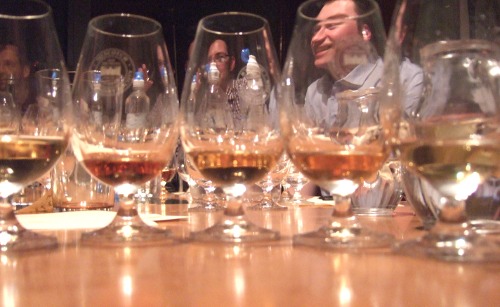 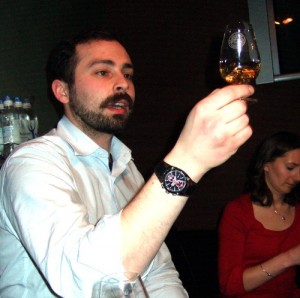 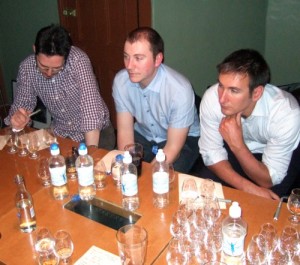 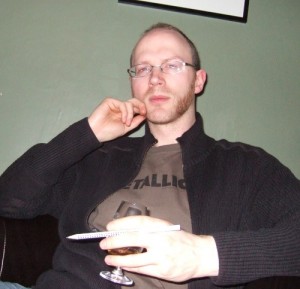