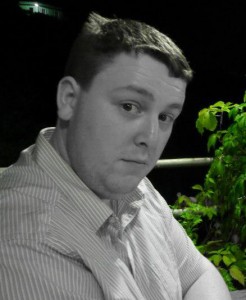 1997 was quite a year. Katrina & The Waves brought home Eurovision Song Contest gold for Britain with a blistering 227 points. The world was treated to a second helping of Bill Clinton’s US presidency, and Antony Charles Lynton Blair and crew swept into office here in Britain (actually that happened the day before Eurovision, but lets all remember what’s important here). James Cameron’s film “Titanic” was released on an unsuspecting world. NASA launched the Cassini-Huygens probe. The first Harry Potter book was published.It wasn’t all good news of course – IBM’s “Deep Blue” beat Gary Kasparov at chess, and there was the whole business with Lady Diana.But, “relevantly”, Robert Whitehead was 12 years old. He won’t tell me why that’s relevant, but perhaps we’ll find out on the 8th? Rob will be presenting a lineup of whiskies for us to taste & discuss, and he said “I think we’ll have a nice, normal whisky tasting”. So your guess is as good as mine as to what that means.Rob is the Senior Sales & Spirits Buyer for Berry Brothers & Rudd, the country’s oldest wine & spirits merchant, and he’ll be presenting a selection of whiskies bottled under their own label. Always excellent whisky, and always a marvellous presentation – not to be missed!