The beginning of the whisky-making process takes malted barley, hot water, and yeast to create a sort of beer. So the guys at Adnams Brewery in Southwold thought “We make really good beer – lets try turning it into spirits!”. Anyone who’s peered into their Cellar & Kitchen Stores in Bloomsbury, Spitalfields, or formerly in Richmond might have noticed that Adnams produce a gin and a barley vodka. And they’ve got a couple more tricks up their sleeve now, which is why they got in touch with Whisky Squad!

This tasting will be something of a first, and it’s an exciting honour to be asked to sample & discuss the output from a new English distillery – especially one which has a brewing history dating back to 1872! 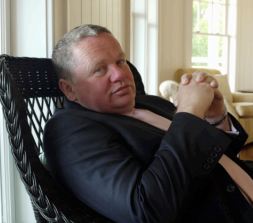 Leading us through the tasting will be drinks industry stalwart Ed Bates – one of the most recognised faces in the wine & spirits scene, Ed regularly works with pretty much everybody (since we’ve known him he’s popped up working with Berry Brothers & Rudd, Number One Drinks, The Whisky Exchange, and Diageo), written for Whisky Magazine, and is a member of the Compagnie des Mousquetaires d’Armagnac.

This tasting will be £15 per person, and will take place upstairs at Adnams’ flagship London pub, right on the Thames – The Bridge House (http://bridgehousebar.co.uk/). Food is available too, so grab a bite beforehand!

Bookings for this session will open on Friday May 4th at 8am.