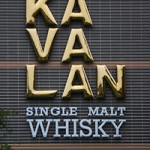 For the first session of the month we will be giving in and allowing beardy rockstar* Billy Abbott to unleash one of his many threats upon The Squad – a Taiwanese tasting. The Kavalan distillery may have been operational for less than a decade but since their first whisky hit the shelves it’s been winning competitions around the world.

It’s taken a while for the whisky to make its way to the UK, but now it’s made the journey from the other side of the world we have five of their drams ready to be tasted. Billy will be on hand to regurgitate the facts he has learned as a Kavalan groupie as well as wax lyrical about the world of world whisky.

Whisky Squad sessions are informal tastings centred around giving people a comfy environment to explore whiskies, and chat with a friendly bunch of similarly interested people.  We get people of all levels of exposure and expertise along, so don’t worry that you know too much/too little.

* Billy plays the guitar, and once appeared in a music video**, which fully qualifies him as a rockstar.