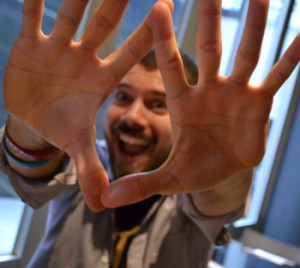 Enrico Gaddoni is a chap who knows his whiskies.  Working by day at The Whisky Exchange Shop at Vinopolis, he advises and helps people pick out drams to suit their palates and requirements from the great array of whisky that’s being produced and released for the modern market.  But like a sort of spirits-focused Indiana Jones, he spends his spare time chasing rumours and hunches in the forgotten backwaters of his adopted home country.  Perhaps without the stealing, or getting chased by baddies.  He sometimes wears a hat, but never carries a whip.  It’s a poor comparison, I grant you.  The main thing is that his passion for unearthing old & unusual bottles takes him to all sorts of parts of the country, and though the sales channels of the Internet seem all-consuming it’s not completely impossible to track down an off-licence out in the counties or shires which hasn’t placed a spirits order since the 1980s, and is still stocking the whisky of yesteryear.

The other exciting thing about this tasting is that we’re holding it at the newly-opened sister pub to one of our old favourites – The Finborough Arms, in West Brompton.  Gunmakers landlord and social fixture Jeff Bell reopens this Victorian pub on Feb 28th, and we’re delighted to have been invited along to hold a Whisky Squad session in the new digs!