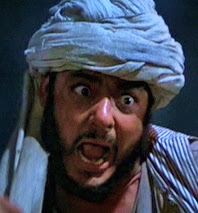 We are firm fans of the Indiana Jones Trilogy here at Whisky Squad (there are ONLY THREE FILMS, unless you count the National Treasure series, which Billy does) and we are also big fans of independent bottlers.

While mainstream whisky generally comes directly from the distillers, there are also loads of companies who buy casks of whisky and release them themselves, unconstrained by the house styles and marketing requirements of a distiller. We have often featured independent bottlings in Whisky Squad sessions, but this time we will be focusing specifically on the indies and what makes them different.

Squad ‘organisers’ Billy Abbott and Jason B Standing will lead you through a range of interesting independent bottlings, showing off a different side of the whisky world.