For at least one night only, Whisky Squad will be setting aside the water of life and turning to an altogether different spirit.

Tequila, made in Mexico from the cactus-like agave plant, used to have something of a reputation as a party drink for undiscerning students (is there any other kind?). This can be blamed, in part, on the flooding of the British market with cheap ‘mixto’, made from a mixture of agave juice and nasty sugary syrup.

Forward to 2012, and it’s evident that proper tequila, made from 100% Blue Agave, is making serious inroads.

For those who remain untutored, this session will demonstrate why tequila is for sipping and savouring, as well as slamming. 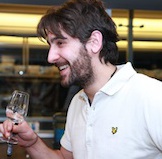 Tequila Squad will be led by Matthias Lataille from the Tahona Society, a global network of agave-loving bartenders aimed at recognising and celebrating “the ancient art of true Tequila production”. Matthias learned his skills at the American Bar at The Connaught in Mayfair, before moving on to Green & Red Mexican cantina and Tequila bar in Shoreditch, where he presided over the largest selection of Tequila in Europe (more than 200 varieties!) and won several awards. More recently he has worked for Pernod-Ricard as their UK Ambassador for Olmeca Altos Tequila. Matthias frequently spends time travelling in Mexico, visiting numerous Tequila and Mezcal distilleries, and fuelling his passion for the drink. He aims to persuade the Whisky Squad that Tequila is “absolutely unique and the most versatile spirit out there”. Good luck to him.

For those of you wondering what on earth Whisky Squad is thinking, flagrantly meddling with other alcoholic potions, why not come and find out.

Whisky Squad sessions are designed to be informal, interactive, and welcoming to whisky enthusiasts of all levels of background & experience.  And that includes people who think they might like whisky but aren’t sure yet.  Or, in this particular case, tequila.