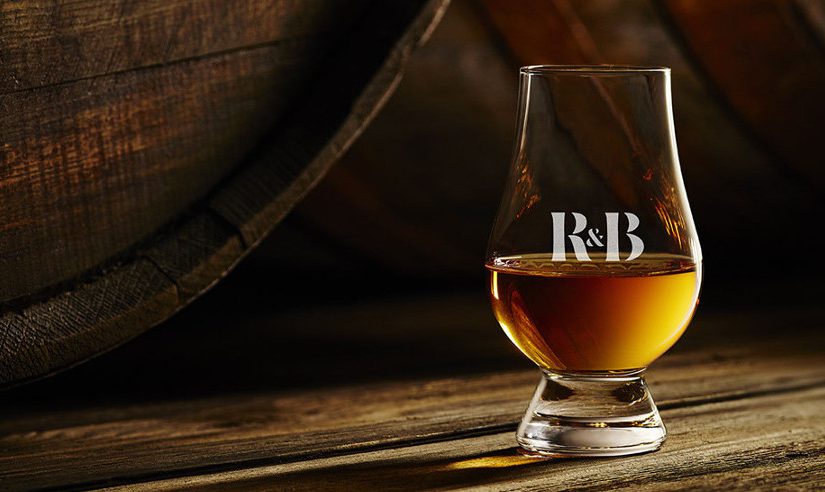 When almost the first thing that comes out of a whisky tasting host’s mouth is ‘We haven’t built a distillery yet but we hope to start making whisky soon’, then you know you’re in for something a little different. That’s what happened at our second June Squad session – ‘It’ll be ready soon’, with Chris Hoban from R&B Distillers.

While R&B are a fairly new name on the Scottish whisky scene, MD Alasdair Day has some pedigree. His great-grandfather Richard Day was a whisky blender in the early 1900s and in 2009 Alasdair decided that he would follow in his footsteps. Armed with Richard’s blending books he started making The Tweeddale Blend, tweaking the recipe with each batch, taking on feedback and developing his blending skills.

However, in 2014 he decided that he wanted to do more than blend other peoples whisky – he wanted to make his own. Rather than the current approach of building a little distillery on the tourist trail, he went for a more crazy scheme: build two distilleries. The first was to be on the tiny island of Raasay, off the coast of Skye, and the second in the Borders region, at a location that would be chosen by the public.

Step forward two years and the plans have started to bear fruit. A couple of days before our tasting, Alasdair, with newly minted sales manager and brand ambassador Chris Hoban, broke ground on Raasay, and the process of building the company’s first distillery has begun.

But herein lies a potential problem – they don’t have any whisky of their own yet. Fortunately, there’s more to R&B than the new distilleries. Along with the latest batch of The Tweeddale Blend, they also have a pair of recently released whiskies – Raasay Single Malt and Borders Grain. The plan is disarmingly simple: until they have whisky of their own, they’ll create whiskies that show the style of dram they hope to create at their new distilleries.

For the tasting, Chris not only brought along the Tweeddale Blend, Borders Grain and Raasay single malt, but also the two whiskies blended to make the Raasay and some of the wine used to season the casks:

Many thanks for Chris for making the trek down from Edinburgh, and to Nagesh and the team at Salt Bar for looking after us and being understanding when I ran off with the keys to their function room…