In what seemed like the blink of an eye – but was in fact 5 days – the infamous whisky scribe known as “Billy” was able to detail *exactly* what happened at the tenth Whisky Squad gathering on, January 6th 2011.  We were extremely fortunate to visit the historical premises of England’s oldest wine merchants – Berry Brothers and Rudd – to taste a selection of whiskies from the region of Scotland called Speyside.

Speyside is a region made up of quite a number of distilleries – I’ve been quoted numbers from 39 to 50 – and it’s a bit of an uphill push to suggest you could summarise the region in 4 bottles.  But, that never stopped us trying…  so, to find out what went on, clickez-vous: 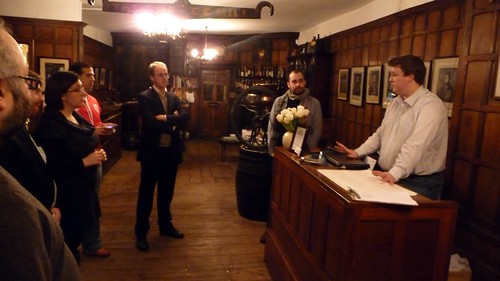 Billy got some lovely photos, and you can also look at Jason’s Flickr set.