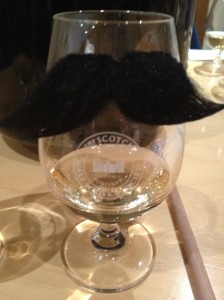 It’s been a while since we mentioned the guest-bloggage, which is a bit of an oversight as there’s been plenty of it going on!

Doing an absolutely sterling job of writing up our January “Sippin’ Global” tasting we’ve got boozy wordsmith (that is to say, he’s a wordsmith of booze-related events – rather than any other connotation) Billy over at Billy’s Booze Blog. It’s doubly impressive, given that he presented the evening. Presenting AND taking notes simultaneously. Wow. The theme for the evening was trying whisky from various countries around the world that weren’t Scotland, Ireland, Japan, America or India.

Proving he’s the hardest working blogger in the ‘Squad, Billy’s also written up our first February tasting (“Hi, Society!“), in which we were formally introduced to the ethos and liquid joy provided by the Scotch Malt Whisky Society, and their high quality & diversely flavour-profiled single-cask bottlings.

Not content with just those two, Billy ALSO wrote up our 2nd February session – “The Management Present” – which can’t have been easy, because not only did he present 2 of the whiskies, but Andy’s presentation included special audio effects. 6 whiskies – 2 each selected by Billy, Jason and Andy. With an X-Factor-style voting process at the end.

Jason steps into the breach to write up the Compass Box Blending School afternoon near the end of February, with a largely nonsensory piece that nonetheless captures the essential mix of the day.

And, most recently, we’re delighted to have the writing talents of Miss Whisky chiselling into the indelible slate of the World Wide Web her take on what we tried at our first ever Irish Whiskey tasting session – somewhat cryptically called “Irish Whiskey #1“.

Finally – because we’re not all about singlemindedly glorifying the first person who gets around to writing up a tasting (although we do tend to use them as the session link on our “Drams we’ve tasted so far” pages), it was lovely in January to see relative newcomer Whisky Squaddie Mooley publish a writeup of her experience at our Movember tasting back in November.

Similarly, Billy wrote up the Irish Whiskey #1 tasting, but wasn’t quite as quick off the mark as Miss Whisky was.

So, that lot ought to keep you busy!